The 2020 Topps Baseball Update has been released. This annual fall set completes the 2020 Topps Flagship Triad. It has 300 base cards. Typically it has been made up of players that recently switched teams and late-season rookies.

Over the years there have been many changes to the Update set. In the 80’s it was originally called the Topps Traded set and could only be purchased as a full set of usually 132 cards.
Rookies from these sets are considered XRC cards. A set was not released from 96 to 98 maybe because of it being the tail end of the Junk Wax era or because of waning interest due to the Baseball Strike. In 2005 the set was renamed the Topps Update and Highlights set but two years later it just became the Topps Update set. Today it is no longer available as a complete set. It must be hand correlated from packs. 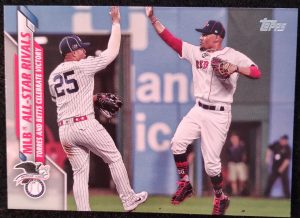 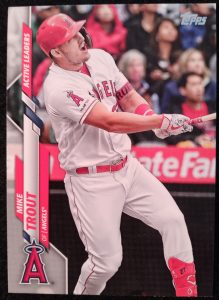 There are also Rookie Debut, Active Leaders and Combo cards in the base set. 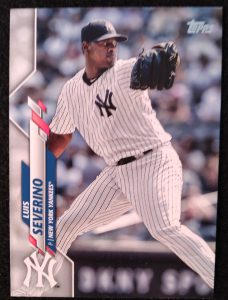 Luis Severino is card number U-188 in this set. He already had a base card in this year’s Topps Flagship release. He did not switch teams or is this a Rookie Debut card. It is also not a combo an Active Leader or an All Star Card. This is confusing. The only thing that makes sense is that Topps thought he should have his own 1 card subset.

This year’s set doesn’t have many rookies because of how crazy the season was. It didn’t help that the minor league season was wiped out which prevented those with a hot season from jumping to the major leagues. 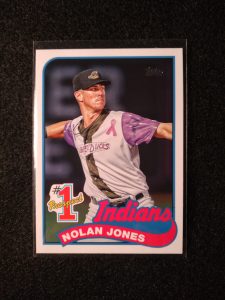 The weak rookie selection is offset with the addition of a number one prospect card for each team. These have a design like the 1989 Topps number one Draft Pick cards. The players in this insert are not shown in major league uniforms.

The key rookie cards include the following:

However, who knows maybe there is a rookie included that will set the world on fire in 2021. 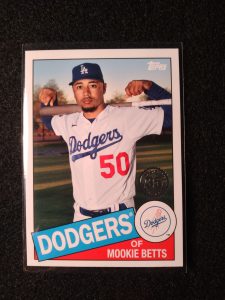 Other inserts mirror the Series One and Two products such as the 35th anniversary of the 1985 Topps cards, (50 cards). These are made up of retired players and veterans. They are generally available one in every four packs.

Turkey Red (50 cards) and Decades Best (80 cards) are two of the additional subsets. The Turkey Reds are only available in retail products. Turkey Red cards were originally produced by the Turkey Red Tobacco company about 110 years ago. Topps has recently released nostalgic cards with current and retired players that have a Turkey Red design. They have also  included them as inserts

A new insert is “A Numbers Game”. This set includes twenty-five players who have had their uniform numbers retired. There is also a ’20 Years of The Captain’ insert (20 cards) that features Derek Jeter. Jeter was the last captain of the Yankees and that position has yet to be filled since he retired. In the last forty years, former Yankee Captains included Mattingly, Guidry, Randolph, Nettles, and Munson. Munson was the first captain since Gehrig.

A Ronald Acuna Jr Highlights set (20 cards) is also available but only from Target.

There are many different Parallels (and even possible autograph and relic cards) which can be found based on how one where you buy this product. Options include Hobby boxes, and at the Retail level, they can be found in fat packs, plus hanger and blaster boxes. Parallels may include:

Regular Hobby boxes include one silver pack and Jumbo ones have two. These packs will contain Chrome cards with the 1985 design. 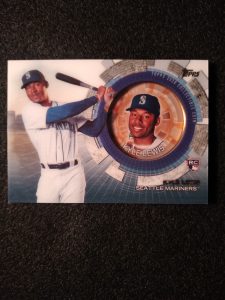 Blaster boxes include 1 Coin Card. There are 50 different ones in this subset. 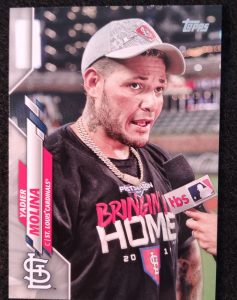 There are also many short prints and super short prints that could be the highlight of ripping packs from this set. Sometimes it can be hard to tell if you have a short print. To confirm this you will need to check the codes (really just the last 3 digits) on the back of the card. These are the codes:

This is not a SP but be aware of this code as well: 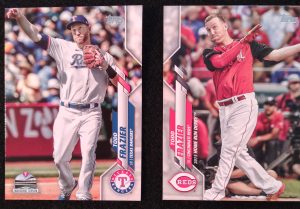 One card that I’m personally putting aside is U73 which is Todd Frazier. He grew up in my home town and I give copies of all his cards to my mom. Actually, he has two cards in the set. 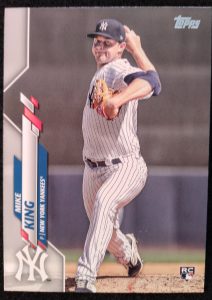 As a Yankee fan, I also put aside all the Mike King Rookie cards, which are number U293.

With so many options to buy this product, you probably want to know what has the most bang for the buck. Let’s look at Walmart’s offerings for an example.

You would think that the Blaster would be the best deal because it has the most cards. It actually has the highest price per card among these three but in addition there is the Coin Card.

To decide the best deal you must figure out how much the coin card is worth to you plus consider the number of Royal Blue Parallels enclosed in each option. These Parallels are only available at Walmart.

Of course some people prefer to skip the Retail items and go the Hobby route instead. The Hobby product is more expensive but many feel the higher price is worth it because of the increased odds on getting better and more valuable hits.